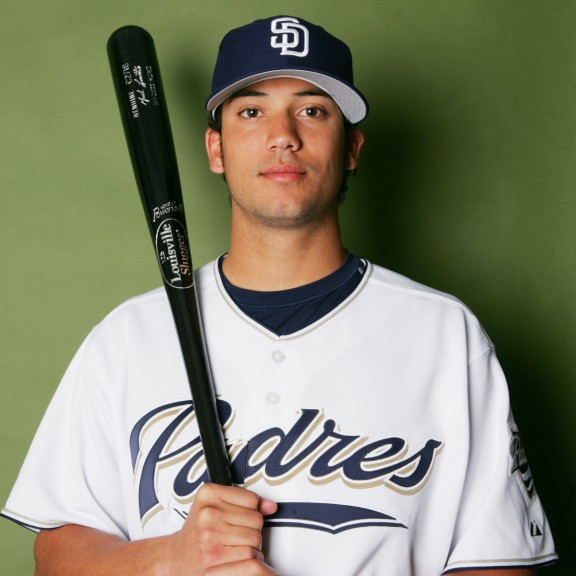 The lowest-rated prospect I’ve ever had in my system. As a first-round draft pick, that makes him one of the biggest busts ever.

Looks like he’s given up drinking and hitting, which is a good thing. Maybe he has a chance as a pitcher. But probably not.