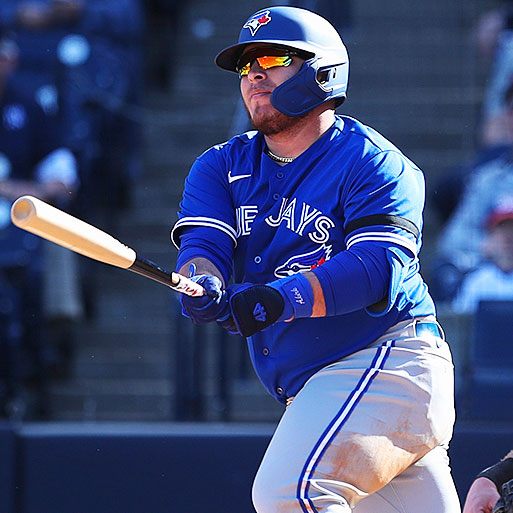 Whoever is reading this might look more like a pro athlete than Kirk does, but he's the one who jumped over Double-A and Triple-A and hit .375 in his first 25 MLB plate appearances as a 21-year-old. The 5-foot-9, 220-pound backstop's innate bat-to-ball ability is what allowed him to ascend so rapidly through the minors. Toronto might also be viewing this as his athletic prime, as he really can't afford to lose what little agility he still possesses. There are obviously questions about his defense behind the dish, but so far he has proved adequate enough to at least work in a timeshare. Additionally, Kirk has enough power to bang out double-digit home runs in a full season. He will be competing with Danny Jansen and Reese McGuire this spring. Toronto could send him to Triple-A for a bit more seasoning, but he's a solid bet to be a good fantasy catcher if and when he plays.
BB-Ref Rotowire