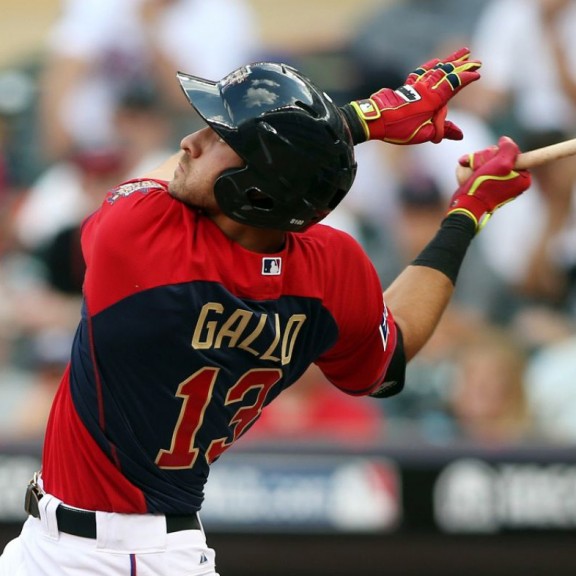 This guy can crush. There’s no doubt he has major league power, he’s one of the best power prospects to come along in years. He’ll hit 30-40 homers a year with that big, loopy uppercut swing. But he has to be careful. Gallo will have to work hard to keep his average up and his strikeouts down.

Gallo’s getting called up today. Let’s see what happens.

Fell off a bit because he just can't put the bat on the ball enough. I hope he can work on contact and find a place in the majors. His power is intense.
.784 Hitting
Potential
BB-Ref