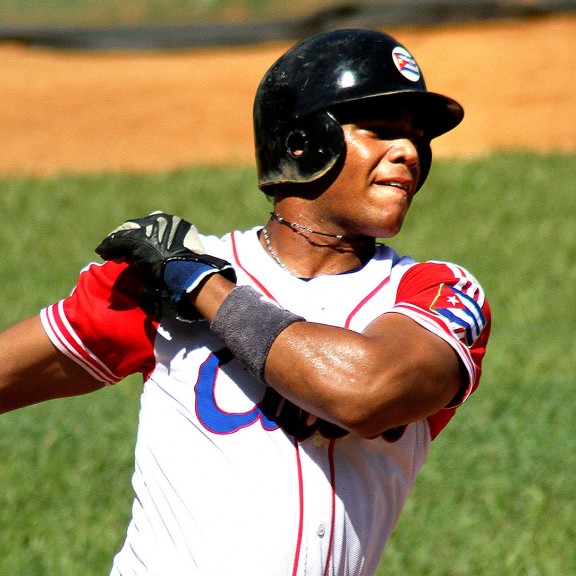 A highly touted Cuban, but so far he’s struggling. He’s got bulging muscles, but so did Gabe Kapler. Not much to see here.