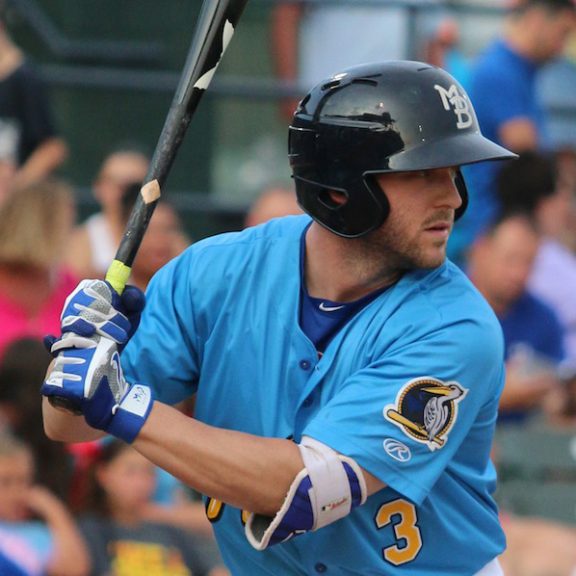 Sat next to this guy’s mom at a bar around the corner from my house last night, so I figured I had to look him up.

He looks OK. He’s OBP is increasing as he’s moving up, which is a GREAT sign for a young hitter. But there’s nothing that jumps out about his bat just yet.

Side note: Statistically, his arm behind the plate looks awful so far: 46 steals in 51 attempts. When I pointed this out to his mother, she attributed it to sloppy scorekeepers in the minors charging him for things like defensive indifference. But if his arm is this poor, there’s no way he makes it as a catcher. And if he doesn’t make it as a catcher, it will be that much harder to make it anywhere else.