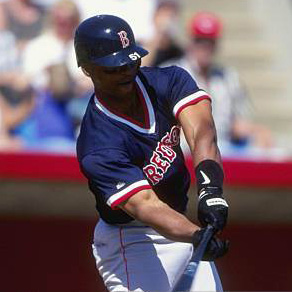 I was just getting into prospecting when this guy was coming up, and I was sure he’d be the next big star. He was smoothly cruising up through the minors, he was improving at every level, he was young, and he was the cousin of Kevin Mitchell. He had it all going for him.

Unfortunately, a new analysis of his numbers reveals that he wasn’t anything special.