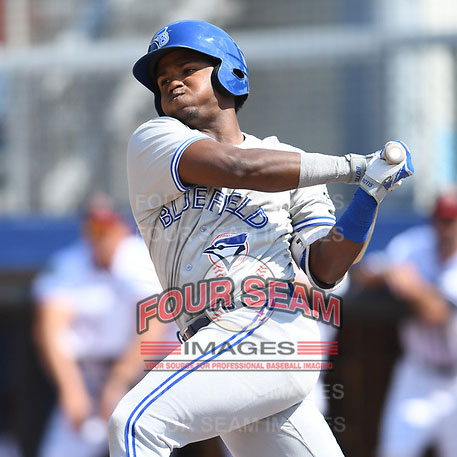 Hiraldo was a high-pedigree July 2, 2017 signee out of the Dominican Republic, and while he is only 19, it is already clear that his bat will have to carry him to the majors. His 5-foot-11, 170-pound listed height/weight seem generous, and his fringe-average speed has already moved him down the defensive spectrum to second base -- he could eventually end up at the hot corner. So far, Hiraldo has hit enough to remain relevant. He is a .300 hitter with nine home runs and a 14.5 K% through 539 PA. However, his extremely pull-heavy approach will need to be dialed back some against better defenses as he moves up the ladder. He gets the ball in the air with enough frequency to still hit around .260 or .270 with half his hits going to the pull side, but he probably needs to hit closer to .300 to be an everyday player. Hiraldo should spend most of the year at Low-A.
BB-Ref Rotowire