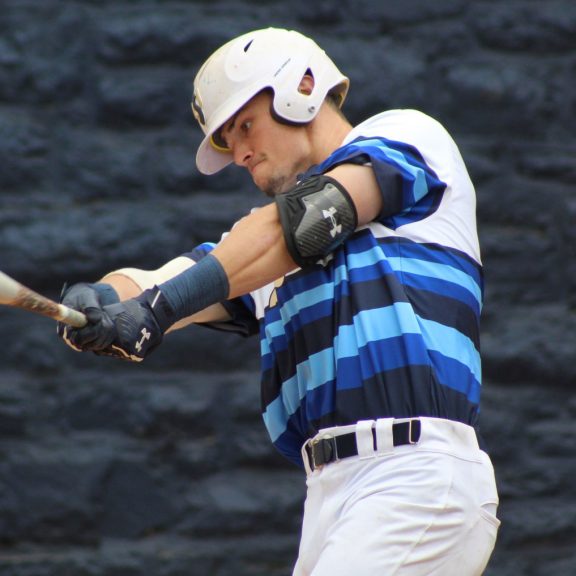 Off to smashing start in limited playing time. Let’s see if he keeps this up.

Doyle received $500,000 after the Rockies selected him in the fourth round out of Division II Shepherd University. He proceeded to lead the hitter-friendly Pioneer League in AVG (.383), OPS (1.088) and wRC+ (185). Doyle had a 47.0 Pull% and a 50.0 GB%, so while he is an above-average runner, his .484 BABIP is not supported at all by his batted-ball data. At 6-foot-3, 220 pounds, his plus raw power is very real, but his speed may tick down in his mid-20s. He can handle all three outfield spots and did not show platoon splits in his first taste of pro ball. His 21.9 K% is higher than we would like from a 21-year-old hitter in rookie ball, but not glaringly high, while his 14.4 BB% was excellent. There are no obvious flaws with Doyle at this point, and we probably won't know how well the hit tool really is until he gets past the hitter's havens in Asheville and Lancaster and arrives at Double-A.
Doyle is a Rockies prospect with plus raw power and plus speed, which should get the attention of dynasty managers right away. That said, he turns 23 in May and has never played official games above rookie ball, so his hit tool is very much to be determined. He put up comical numbers (185 wRC+) in the hitter-friendly Pioneer League, but that's basically par for the course for a player his age with his tools. Obviously slashing .383/.477/.611 is never a bad thing, and considering Colorado selected him in the fourth round in 2019 from a Division II school, this was proof that he was a prospect of note. He continued to make strides as one of the older prospects in the fall instructional league, setting up a highly-anticipated full-season debut. The 6-foot-3, 200-pound outfielder can handle all three outfield spots, and hopefully the Rockies have embraced an actual rebuild by the time he is big-league ready.
BB-Ref Rotowire